The highly popular MATCH Series (Mid-Atlantic Thoroughbred Championships) is returning in 2018 after a 16-year hiatus.

The MATCH Series, which debuted in 1997 and ran for five years, is an innovative regional racing series and the only one of its kind in racing that combines rich stakes and bonuses for participating owners and trainers over a five-month span. Horses competing in MATCH earn points based on participation and order of finish, and the leading points earners in each of the series divisions, as well as the overall owner and trainer points leaders, win lucrative bonuses.

Total purse money is $2.9 million. Horsemen will compete for $450,000 in bonus money, all contributed by the participating horsemen’s organizations.

MATCH will debut Preakness Stakes weekend at Pimlico with the Skipat Stakes and the Jim McKay Turf Sprint on May 18, Black-Eyed Susan Day. It will continue on May 19, Preakness Day, with The Very One Stakes and the Maryland Sprint Stakes.

The series will be contested throughout the summer at Delaware Park, Laurel Park, Monmouth Park, Parx, Penn National and Presque Isle, culminating with Championship Weekend, Sept. 15-
16 at Laurel, Parx and Presque Isle. The participating tracks have all agreed to support the MATCH Series divisions and not run races in competition with them. Participating horsemen will have a
regional roadmap of stakes for their horses from May to September.

Racing directors at each of the participating tracks worked together to select divisions that could provide the least amount of overlap and, hopefully, larger fields for all concerned.

“I am delighted that the series is returning,” said MATCH creator and THA Chairman Alan Foreman. “The Mid-Atlantic region has been working cooperatively on so many levels during the past five years, and the renewal of MATCH is a further testament to this cooperation. I am pleased that we are able to tell the horsemen who have asked about MATCH so many times over recent years that it is back, and we are looking forward to a great competition.” 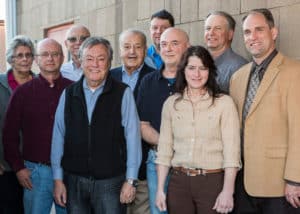